We are experienced in most areas of law, having handled substantial litigation in the trial courts, Courts of Appeal and the Supreme Court of California, and are associated with outstanding attorneys in several legal specialties to better serve our clients.

Stan Stern is a veteran attorney and former electronic systems engineer experienced in virtually all areas of the law. Located in the West Angeles area, his office represents clients throughout the State of California and beyond. 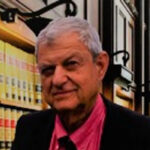 A practicing attorney for over 40 years who has served as:

The Law Office of Stan Stern serves clients in the following areas:

Mr. Stern’s articles have appeared in leading publications including Los Angeles County and Beverly Hills Bar Journals, Los Angeles Daily Journal, Los Angeles Times Opinion Section, and Journal of the National Academy of Sciences. He has been featured on public television and profiled in San Fernando Valley Magazine as an authority on California law.

WE LOOK FORWARD TO WORKING WITH YOU

The Law Office of Stan Stern